Local boxing champion Frankie Gavin will be defending his Commonwealth Title and putting his belt on the line in Leeds on Saturday night 21 December 2013.  This will be Frankie’s last bout before 2014 and in the new year he hopes to fight for European or even World Titles.  Climbing up the rankings with an unbeaten record Frankie is on course to be one of the best around at Welterweight.

Solihull Sports Injury Clinic have been looking after Frankie since he was an amateur boxer and have always supported him with treatment when it was required.  Good luck Frankie and continue to show boxing fans your true class 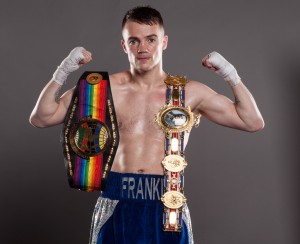